Improvements to our sister site aka.tv allowed us, this year, to delve much more deeply into the twitter around #ISE2014 (as part of our ongoing commitment to help drive the social media impact associated with events around our industry, we will be doing the same in a few days time for #dse2014). 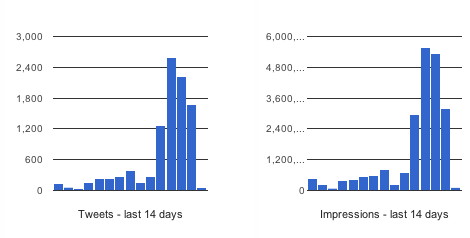 This post is a bit longer (than previous years), containing as it does a few more tables and lists – note especially the new ‘trending’ section.

A couple of points to note with the two ‘trending’ reports above: –

This entry was posted on Friday, February 7th, 2014 at 08:52 @411 and is filed under DailyDOOH Update. You can follow any responses to this entry through the RSS 2.0 feed. You can leave a response, or trackback from your own site.