Kim Sarubbi, president of Saddle Ranch Productions and the Digital Signage Federation, told BroadSign’s 2nd Annual Summit how she became a new client of BroadSign, the hiccups that she encountered and how it has all worked out successfully. 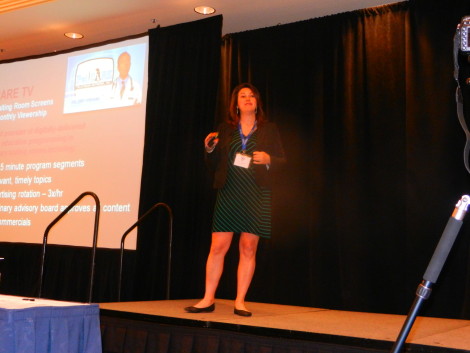 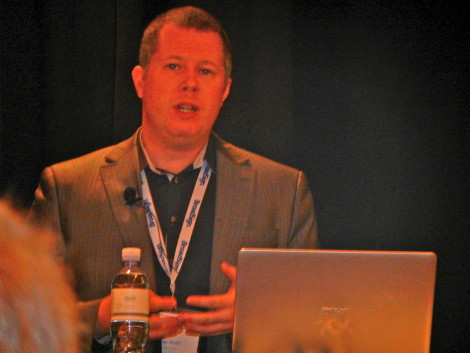 The afternoon session got underway with a gret talk on developing breakthrough ideas by Robet Richman, culture architect, followed by Jody Smith, BroadSign’s own product manager, talking about the Harvey Media Metrix, how digital can change things with immediacy, and that there are a lot of advertising dollars out there for digital networks and that agencies are increasingly more open to the industry.

This entry was posted on Tuesday, February 11th, 2014 at 23:13 @009 and is filed under Scuttlebut. You can follow any responses to this entry through the RSS 2.0 feed. You can leave a response, or trackback from your own site.