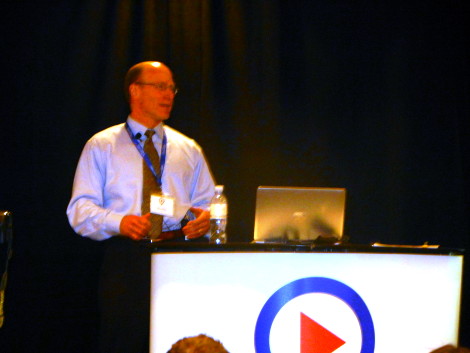 He described the analytics available, and also mentioned that there will be an interesting new campaign for Oreo in the near future on the DijiTouch vending machines. He also said thaT, one the U.S. market is set, there are plans to take it to eight European countries.

This entry was posted on Tuesday, February 11th, 2014 at 23:59 @041 and is filed under Scuttlebut. You can follow any responses to this entry through the RSS 2.0 feed. You can leave a response, or trackback from your own site.