In December 2008 in our post ‘Will Amscreen Win BPTV? we told you “We believe that there are only two vendors left in the race to win BPTV … One of the contenders we can definitely confirm is Amscreen – a rumour we talked about back in August when the company first came into being” so it should be no surprise that, unerringly accurate soothsayers that we are, today we see an official announcement confirming this. 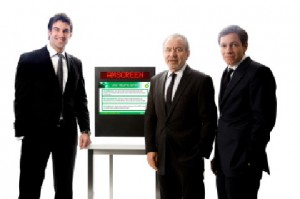 For the last 4 months it was only ever a two horse race before CAN Media pulled out under their OWN volition in March – something we reported on in ‘Will Amscreen Win BPTV By Default?‘

Anyway, this is of course another nice win for Amscreen albeit this is perhaps the first global and biggest brand they have ever landed.

It’s an exclusive 5 year contract with Amscreen product being installed in 335 BP owned forecourts from spring 2009.

One of the measures of success of this operation we believe will actually be selling the concept to the other 800 BP Dealer partners – it’s like getting both franchise AND corporate buy-in with McDonalds in the US deployment we discussed yesterday.

Whilst 355 forecourts will be impressive, getting closer to a 1,000 by bringing in folks who are NOT ordered to take it but have to be convinced that it’s in their benefit to take it will make all the difference and could really put Amscreen firmly on the map and perhaps even help enormously to having the 20,000 screens we think they might have by the end of 2009.

Richard Harding, UK Convenience Retail Director, for BP told us “We are excited to announce the roll-out of the Amscreen network in our stores. Amscreen’s products enable us to present relevant, useful and timely information in a highly engaging format. We see this as a great opportunity to improve the safety and efficiency of customers’ journeys for example by providing traffic updates whilst also sharing news of our great promotions, products and services”

Screens will carry customer information such as live traffic updates, advertising for BP products and services as well as advertising from national and regional advertisers who would be eager of course to reach the 7 million motorists who use BP forecourts in the UK each week.

Finally for the California-based Cisco drones frothing at the mouth and those others who commented and emailed about our recent post Cisco To Pull Plug On Digital Signage? we’d point out that this win for a relative newcomer in the industry is EXACTLY why Cisco’s efforts in this space are doomed.

Cisco were never EVER in the running for this business and that’s with a big, major industry player with a global brand (BP) that they (Cisco) obviously already have very big customer relationships with.

Who would have thought that a few years ago you could quite legitimately say that Amstrad beats Cisco in such a major account as this.

This entry was posted on Thursday, April 23rd, 2009 at 13:37 @609 and is filed under DailyDOOH Update. You can follow any responses to this entry through the RSS 2.0 feed. You can leave a response, or trackback from your own site.