The UK’s Sunday papers were full of Amscreen – this time though because of ALLEGED ‘lewd’ remarks made by a former Apprentice winner (Lee McQueen) to the lovely Hanna Sebright (ex-owner of Electronic Health Media).

Late in 2008 Amscreen picked up the remnants of Electronic Health Media, a nice company that specialised in Doctor Surgery networks owned by Hanna that went into administration (the usual GBP 1 + debts sort of deal). 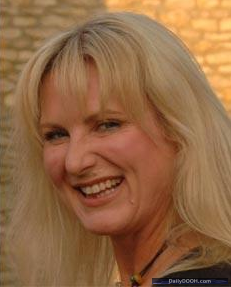 Hanna Sebright, who worked for Amscreen Healthcare as divisional managing director after the acquisition, alleges that Sir Alan and his eldest son Simon were guilty of sexual discrimination when they edged her out of the company and she is claiming constructive unfair dismissal.

Some of the other allegations include that Hanna was: –

In papers lodged with an employment tribunal, Mrs Sebright says that she became so ill with stress that she shed nearly two stone and suffered severe migraines and claims that she has been unable to work since 1st April 2009.

Hanna was a great supporter of the industry, was a delight to deal with when we worked with her on WBCM and gave back to the community in a number of ways, including Missing Children TV which was set up in October 2007 together with PACT (Parents and Abducted Children together) and the Police National Missing Person’s Bureau.

On behalf of Sugar, his son and McQueen, a spokesman for Amscreen Healthcare, said: “Amscreen was notified of these tribunal proceedings on Monday, June 8 and intends to vigorously defend them.”

This entry was posted on Sunday, June 28th, 2009 at 19:43 @863 and is filed under DailyDOOH Update. You can follow any responses to this entry through the RSS 2.0 feed. You can leave a response, or trackback from your own site.