May The Best MANchester Win

Volcanic ash closing British airspace (or as @DrSamuelJohnson said on twitter “I would aver that the Opening of Valhalla has led unto the Closing of Gatwick”, political debates on TV, whatever next for the United Kingdom of Great Britain and Northern Ireland? And all seemingly happening whilst we are 1,000’s miles away. 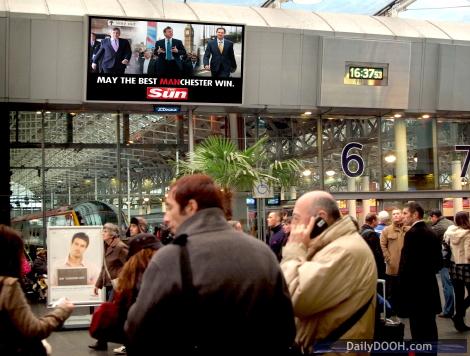 This entry was posted on Thursday, April 15th, 2010 at 17:45 @781 and is filed under DailyDOOH Update. You can follow any responses to this entry through the RSS 2.0 feed. You can leave a response, or trackback from your own site.

One Response to “May The Best MANchester Win”