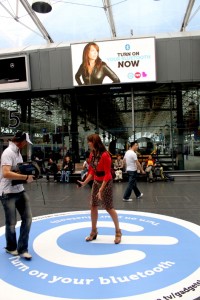 Outdoor triumphed over the internet as the medium with the best interactive advertising campaign to promote the new series of The Gadget Show – it was simple really, not only was the JCDecaux campaign brilliant but the competition online viral was pure unadulterated rubbish, Ed

Full details of JCDecaux activity with The Gadget Show can been seen at www.jcdecaux.co.uk/innovate

This entry was posted on Wednesday, August 4th, 2010 at 09:47 @449 and is filed under DailyDOOH Update. You can follow any responses to this entry through the RSS 2.0 feed. You can leave a response, or trackback from your own site.