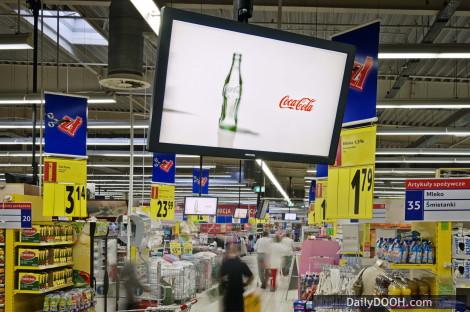 ATVERTIN arrogantly claim this as “one of the greatest digital signage projects in Europe” (their words in the press release) yet one look at the photos supplied show that they have made the same mistakes as the original TescoTV in the UK and this despite the fact that they also claim to have researched and researched this medium!

No one looks up in the air when pushing a supermarket trolley around a store !!

This entry was posted on Wednesday, September 24th, 2008 at 14:44 @656 and is filed under Scuttlebut. You can follow any responses to this entry through the RSS 2.0 feed. You can leave a response, or trackback from your own site.