We are having difficulty in getting through to people that a short hashtag is not necessarily a good hashtag. 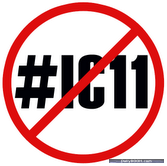 In an email exchange with folks today we were told that “having to type in a long hashtag was interfering with the ability to tweet from a Show. Even more importantly, re-tweeting was made extremely challenging, due to the few characters that were left.”

This RT was sent Wednesday by @InfoCommShowGuy…

Note that we have replaced the text ‘InfoComm 2011’ with the hashtag #InfoComm11 (that is actually shorter than the replaced text, adequately describes the event and of course still preserves the meaning of the tweet itself).

We have removed the hashtag #IC11 in that instance as it is now superfluous. That tweet is 81 characters from beginning to end (eight characters shorter than the tweet that used the shorter hashtag)!

We don’t quite get the need or use of the hashtag #IC11blog but we left it in both tweets as a fair comparison (doesn’t seem useful in either instance to be totally honest).

Note the use of both #IC11 and #InfoComm AND again the text ‘InfoComm 2011’ all in the same tweet (and we can shorten that by 26 characters now can’t we?).

This entry was posted on Thursday, March 10th, 2011 at 00:42 @071 and is filed under DailyDOOH Update. You can follow any responses to this entry through the RSS 2.0 feed. You can leave a response, or trackback from your own site.