The Standards Are Higher Dude

It’s probably a moot point whether the standards for digital out of home should be higher than for traditional out of home (or any other sort of media for that matter) but the point, oft forgotten we feel, is that the technology allows for HIGHER standards. 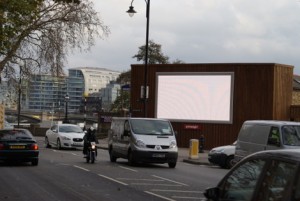 What to think then as we acted as a Reggie Powered Audit Commission on Monday visiting the majority of London’s high profile, roadside digital billboards?

There are at least 54 separate roadside digital billboard installations in London and with some of them having many ‘display faces’ (especially those owned by Ocean Outdoor) and several that have more than one screen at a locale, there are over 70 separate LEDs.

On Tuesday three of those were in trouble: – 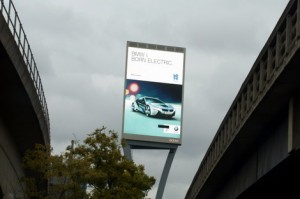 Let’s just say that we also saw several vinyl posters attached to billboards from the big OOH folks (literally) blowing in the wind (therefore being ineffective) and a couple of torn posters as well.

On Tuesday, we saw with our own eyes exactly 32 of the 70+ LEDs in London. Is 3 / 32 not working (or not working fully) acceptable to our industry?

Note: Not visible to the naked eye of course but interesting to note that three software companies powered the majority of the digital billboards we saw; Scala, BroadSign and signagelive with the odd billboard still running some antiquated piece of bespoke software.

This entry was posted on Wednesday, November 30th, 2011 at 10:36 @483 and is filed under DailyDOOH Update. You can follow any responses to this entry through the RSS 2.0 feed. You can leave a response, or trackback from your own site.

3 Responses to “The Standards Are Higher Dude”