Wonderworks Walkway Media Ltd have signed a long term contract to supply an information and advertising network across the Criterion shopping Mall portfolio at Slough, Dalston and Sutton. 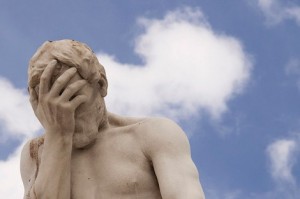 Candidate for worst press release of 2012

The company ‘Wonderworks Walkway Media Ltd‘ (name at least) is new to us but it would be sensible to assume that they are something to do with Wonderworks Media Ltd.

Edward Simons, the Executive Chairman of Wonderworks Walkway Media Ltd is quoted as saying “we are utilising the latest NEC LCD screen hardware, along with launching the VUKUNET software platform that we believe will greatly benefit the Mall operators, local community and screen advertisers”

He continues “This is the first three of our agreed target of 30 Mall installations with NEC for 2012, which will deliver to Walkway the largest portfolio of new screen installs in the United Kingdom and the first major DOOH Mall installation program for several years.”

If that sounds like NEC are doing-a-Harris and paying for the installations then we know that’s simply not true – NEC UK head honcho Simon Jackson is too smart a cookie for that but this whole press release is truly one of the worst we have ever received (note to the PR agency – too many messages and too little explanation in one communication).

The announcement also included news that Wonderworks Walkway Media Ltd have acquired Lincsroxy, a Regional Digital Sales company AND that Walkway Media have been appointed as the exclusive Regional Sales Representative by Airport Partners for their Regional Airport Estate.

Interestingly, Lincsroxy also undertake regional and local sales for RAM Vision – with ex-Ram Vision David de Costa at Wonderworks and Lincsroxy no doubt (still) bringing in the bulk of revenues to RAM Vision it should surely make for some interesting discussions at RAM Vision’s parent RAM Active Media plc.

This entry was posted on Wednesday, February 15th, 2012 at 13:13 @592 and is filed under DailyDOOH Update. You can follow any responses to this entry through the RSS 2.0 feed. You can leave a response, or trackback from your own site.