I was a member of the New Measurement Research Panel at the Media Post DOOH Forum, New York, that I’ve been told was not only lively but insightful and certainly provocative – guilty! 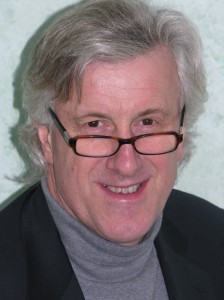 This panel revealed three major announcements critical to the future growth of the DVPB arena.

‘Time to Take Ownership’ is currently in review by the Digital Place-based Advertising Association along with some key industry players.

It will be assessed in terms of how it should be developed into a White Paper for distribution to the entire industry for final input. Ultimately, it could serve as the road map for a new industry-owned DOOH currency.

The paper outlines the process, methodology, technologies and rationale for a new comprehensive currency based on ad exposure or ‘contacts’ (NOT gross impressions) to be developed by the winning bidder to an RFP that would be issued by an industry consortium.

Two of the Green Paper’s cornerstones are: Driving V2.0 of the current ESOMAR GGoOoHAM V1.0 (Global Guidelines on Out-of-Home Audience Measurement) to include all digital OOH; requiring the winning research company or consortium to earn MRC accreditation based on the updated GGoOoHAM V2.0.

DOOH needs to provide the ad industry with accountable, comparable, transparent, fully accredited metrics based on global standards in order to support its role within a 360 degree view of media channels under consideration by the planning agency.

These metrics must deliver a rigorous basis for both intra-media comparisons, across the various DOOH networks and inter-media comparisons, together with other media channels. Only by completely embracing each of the three initiatives announced at the Forum can this channel successfully compete for ad share.

This entry was posted on Monday, April 16th, 2012 at 06:55 @330 and is filed under DailyDOOH Update. You can follow any responses to this entry through the RSS 2.0 feed. You can leave a response, or trackback from your own site.