It was an educational day at the JADN digital day conference in Montreal on Tuesday, with all speakers consistently on a high note, each tackling different topics but all teaching in their own way. 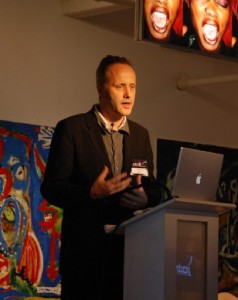 Why educate? Because in Canada, digital out-of-home has a long way to go before maturity, but there are a growing number of extremely advanced and talented people and companies working in the industry, and the JADN audience was largely made up of advertisers wanting to learn more about this growing media and how they might put it to use.

Many were retailers, but some, like a representative from Barry Callebaut chocolate company, wanted to know more before the company decides whether or not to participate in a digital board going up near a highway in its St-Hyacinthe, Que., locale. Another interested communications and digital team from the Université du Quebec à Montréal wanted to know what’s new because – if the university can obtain the funding – it hopes to see its current two 20 ft. screens and 10 x 42-inch screens increase to between 50 and 100 screens in the next year or so to make students aware of events, conferences and crisis situations among the university’s 32 buildings. (One building recently underwent lockdown because of a crisis.)

The rest of the audience was mainly made up of suppliers and vendors. Unfortunately, there were few, if any, ad agencies or media planners or buyers present, possibly due to this being Canada’s first Advertising Week with several other conferences and events.

“That’s a bit disappointing, but we really hope to make an effort with that group in the future,” says Denys Lavigne, organizer of JADN conferences, president of Arsenal Media, and one of the founders of the Association canadienne de l’affichage numérique (ACAN), a Quebec arm of the Canadian Out-of-Home Digital Association (CODA). Lavigne collaborated with CODA and with DailyDOOH in arranging the JADN digital day. 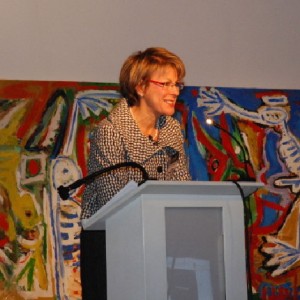 Among comments during aside interviews with several speakers were that Canada’s small population (33.2 million), its frigid winter weather, and the current economy are major challenges limiting the speed of the industry’s growth and use of digital in some areas. But all agree that digital OOH is a strong growth sector although, as one participant we won’t name put it, “Lord knows when we’ll start making money!”

Additional stories from the conference to come over the next few days.

This entry was posted on Wednesday, January 28th, 2009 at 06:57 @331 and is filed under DailyDOOH Update. You can follow any responses to this entry through the RSS 2.0 feed. You can leave a response, or trackback from your own site.