There was no PRN upfront last year and there has been no news from IZON Media since their name change in October 2012. 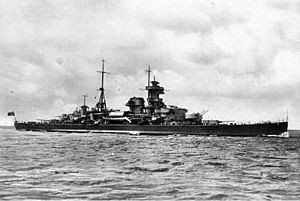 Ahmad Ouri, President and CEO said at that time “PRN is an old brand. We wanted to show a younger, hipper company”.

Ahmad also promised us personally that he would be more open and more forthcoming and whilst we hear off the record that they have doubled the size of their sales contingent in the last six months we don’t really see any other news to shout about – they don’t have any new networks to sell inventory on (7-Eleven of course is dead in the water thanks to DDN) and we hear of no new buyers.

We tried reaching out to Ahmad a couple of times on that phone thing (that wasn’t me, that was our NA Editor who doesn’t mind using the phone) and whilst we reached him and he promised to call back he never did.

Perhaps PRN (sorry IZON Media) employees ought to face facts; Ahmad wasn’t the first, second or third choice for President and CEO (Virginia Cargill would have been a great choice but she, like the other two candidates turned the job down) and so Ahmad – perhaps he was reluctant, took the job from a corporate position at Technicolor.

Ahmad’s brief was no doubt to buff the company up and get it to a place within two to three years to sell it – frankly that’s a hard job but possibly not impossible. Changing a great brand – even a slightly tarnished one like PRN to ‘Izon Media’ was the most foolish thing to start with – doubly so if you cannot change the company’s DNA in any way, shape or form; i.e. being ‘cool’, ‘hip’ or in fact errr COMMUNICATIVE.

It surely cannot take that much effort in retrenching as an ad sales and content development business. Great job Ahmad, I’m sure your troops, your peers and your bosses in Paris love you, good job indeed!

This entry was posted on Wednesday, April 24th, 2013 at 22:01 @959 and is filed under DailyDOOH Update. You can follow any responses to this entry through the RSS 2.0 feed. You can leave a response, or trackback from your own site.