In what could be considered a surprise move in the industry, JCDecaux SA, which claims position as the #1 outdoor advertising company worldwide, announced that it signed an agreement for the acquisition of 100% of CEMUSA – a Fomento de Construcciones y Contratas Group (FCC) subsidiary in Spain, dedicated to outdoor advertising – for an enterprise value of €80 million. 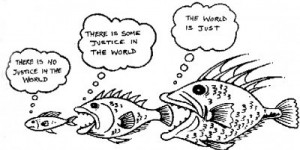 Juan Béjar, vice-chairman and managing director of FCC, says, “This deal represents progress in our commitment to reduce debt by €2.7 billion, of which €2.2 billion will be through asset sales. The integration of CEMUSA in JCDecaux opens new doors for the professionals in the outdoor advertising subsidiary as they will be joining a global leader in the industry.”

The acquisition removes one of Decaux’s major competitors – something we see as a little sad, as it was interesting watching CEMUSA’s fast growth in a field where JCDecaux dominates. Our readers will remember that Eric Marotel, CEMUSA’s managing director, was featured in DailyDOOH’s CEO Spotlight in January of this year.

Founded in 1984, CEMUSA operates in street furniture and transport in five countries: the United States, Brazil, Spain, Portugal and Italy. With 57,000 advertising panels, CEMUSA generated revenues of €142 million in 2013. Marotel said in January that CEMUSA’s current revenues coming from digital displays range from 5% to 20% per market, depending on the market.

This acquisition will establish and develop JCDecaux’s presence in the world-class cities of New York, Rio de Janeiro, Brasilia, Madrid, Barcelona, Lisbon and Genoa, and across 41 Spanish airports, including those of Madrid and Barcelona. While there is no mention of it in JCDecaux’s announcement, we believe that acquisition would also include CEMUSA TEC, an innovation unit focusing essentially on the development of advertising solutions connected with new media.

“We are looking forward to this agreement that will allow us to extend our operations in five countries and to benefit from the expertise of CEMUSA’s teams,” says Jean-Charles Decaux, co-CEO of JCDecaux. “With this new agreement, we will offer for the first time both a high quality street furniture network delivering prime downtown audiences in the three biggest US markets as well as in San Francisco and Boston and a national street furniture network in Brazil. This will imply further investments in Southern European countries in order to improve our commercial offer in a highly competitive media sector with a strongly consolidated TV market and fast growing internet sector.”

This entry was posted on Monday, March 17th, 2014 at 18:56 @831 and is filed under DailyDOOH Update. You can follow any responses to this entry through the RSS 2.0 feed. You can leave a response, or trackback from your own site.