Our Technical Director Andrew Neale spent one whole day (the second day of the show, Tuesday) walking both halls of #NABShow in Las Vegas and I joined him for the last few hours of the Tuesday. The show was as usual huge; final attendance is said to be iro 82,650.

Was it just us, or was it because it was the second time around for us (we were at the show for the first time back in 2009) or did the show have a much better feel about it than last year? 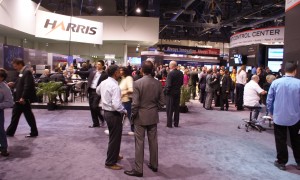 All you can see is Harris - with cafe on the left

DOOH is practically non existent at the show and there is little digital signage. Harris Broadcasting had a huge booth, so huge in fact that seemingly it had a cafe in the middle of it and STRATACACHE had a small booth as usual.

NAB always seems to result in one of the smaller Christie Digital booths at any trade show where they exhibit but just to show that size is not everything this particular booth design gets a big thumbs up from us – one of the much better Christie booths we have seen (and mind you most of them are good). 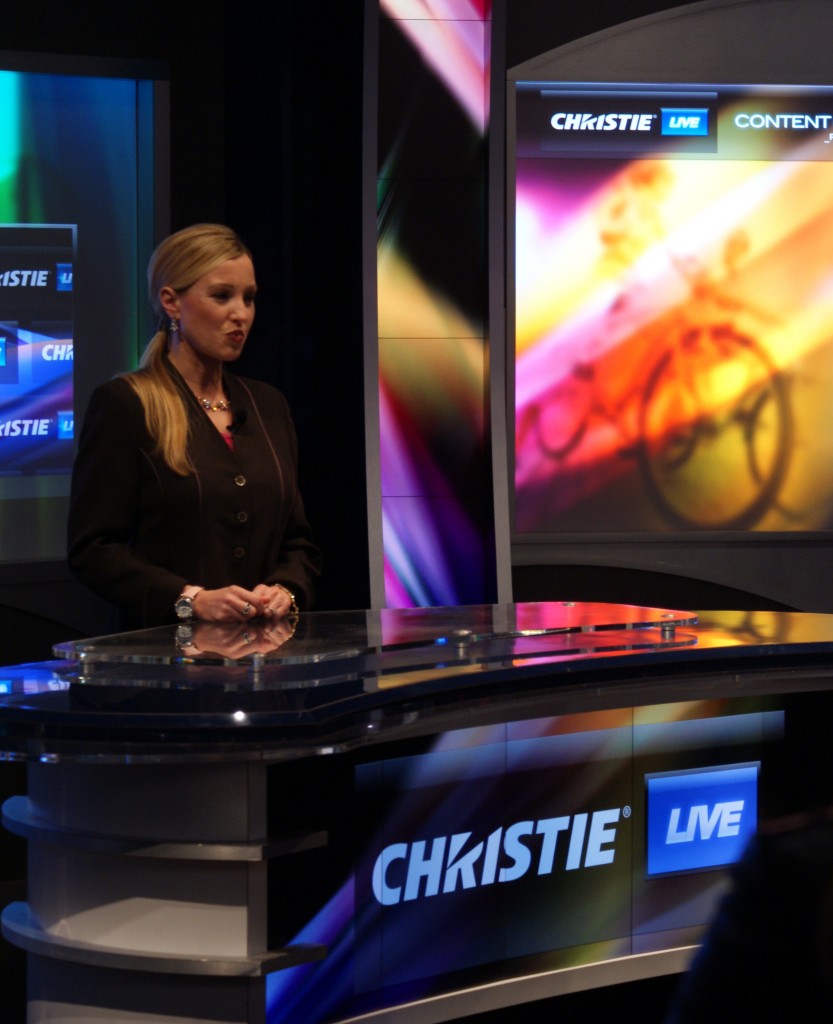 Most folks may not have noticed but Christie showed off a lot of new MicroTile configurations and a lot of great new content.

This entry was posted on Wednesday, April 14th, 2010 at 08:32 @397 and is filed under DailyDOOH Update. You can follow any responses to this entry through the RSS 2.0 feed. You can leave a response, or trackback from your own site.

One Response to “#NABShow – Big Again”