When Garry McGuire, CEO of Reach Media Group, delivers a keynote address, such as the one he made at the Digital Signage Investor Conference last year, you can be sure it’s going to include some solid information and announcements – and so it was this morning when he kicked off Day 2 of the Customer Engagement Technology World. 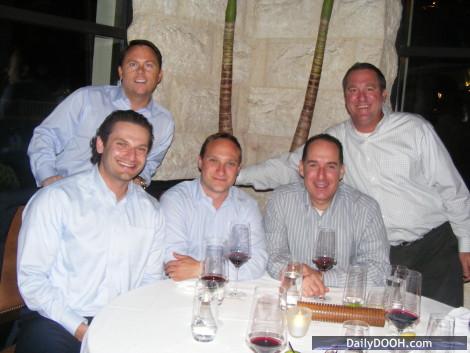 Speaking on ‘Engaging Your Customers, Out-of-Home, Along the Path-to-Purchase’ , McGuire not only provided a snapshot of today’s media landscape and on how advertisers are using innovative technologies to engage people throughout their lives as they work, shop and play, but unveiled four groundbreaking announcements.

Here’s how they were unveiled:

The first NFC-enabled place-based media network with Blue Bite, New York and San Francisco –
Making use of the emerging Near Field Communications mobile technology, RMG and technology partner Blue Bite launched a first-of-its-kind place-based media network that exists entirely on mobile devices. Test locations for this new media network have been deployed around San Francisco with roll out to New York, Chicago, Los Angeles and Boston in the second half of 2011. (Search giant Google is pursuing a similar platform as NFC is incorporated into its Android phones, but the RMG/Blue Bite offering combines the power of digital out-of-home media to activate consumers at the point of purchase with the exciting new NFC technology that enables them to act. Inaugural sponsors HOTELS.COM and New York Times have signed on to prove the effectiveness of this exciting new platform.

“We are enthusiastic about the launch of mTag and our NFC capability with RMG Networks, staying true to our core belief in the innovative use of leading-edge technologies to increase value for consumers, our advertising clients and our partners,” says Mikhail Damiani, CEO and co-founder of Blue Bite.

RMG and Groupon to bring daily deals to digital out-of-home – Leveraging the power of place, and the context of time, RMG has partnered with Groupon to deliver timely and relevant offers to millions of active consumers when they are away-from-home and making purchase decisions.

This first-of-its-kind affiliate relationship in the DOOH space will bring daily Groupon offers to over 75,000 digital screens and reach 35 million viewers each month. Consumers will be able to act on daily deals using RMG’s recent deployment of mTag NFC technology. The RMG Groupon offers will roll out across the company’s media networks including: NYTimes.com Today, Fitness Entertainment Network, Point-of-Care, Airport, Airline Lounges, Taxi and Executive Media Networks. RMG locations will begin launching Groupon deals by May 16/11.

First national rollout of location-based services for DOOH with Cambridge, Massachuset-based LocaModa and Foursquare – To deliver even greater usefulness for venues and new customer engagement opportunities, RMG is tapping into the power of social media technology to help venue owners grow their businesses.

Along with social media partner LocaModa, RMG is launching a location-based service using Foursquare that is designed to filter social streams and allow advertisers to further engage with customers at the point-of-purchase. This new product is re-thinking location-based services as a platform and helping venues and marketers grow their businesses.

LocaModa CEO Stephen Randall says, “RMG’s leadership position in the digital out-of-home industry and its continued expansion of place-based social media across their networks, is helping to define the future of the digital out-of- home industry. The marriage of place-based screens to social media in a venue-safe manner makes it much easier for venues and advertisers to derive utility as well as engagement.”

Already on 650 screens, it will shortly reach 10 million people a month.

New interaction capabilities: use your mobile device to control the screen in real-time with Screen Reach – Through a technology partnership with Screen Reach, RMG is able to create new opportunities for people to use mobile devices to engage with the DOOH screen. In the coming months, this partnership should result in campaigns that turn passive media viewers into engaged participants.

The Screen Reach platform allows marketers to deploy marketing programs that encourage people to play games, post pictures, and participate in quizzes and polls. RMG will even be able to reward people with instant prizing, coupons, vouchers and gifts. The possibilities for this platform are endless and present an exciting new frontier for customer engagement.

“RMG is working with best-in-class technology partners in both mobile and social to offer the most innovative and engaging technology options for consumers, advertisers and venue partners,” says McGuire.

With today’s announcements on the heels of the recent acquisition of Executive Media Network Worldwide, RMG continues to gain momentum towards its mission to make digital out-of-home an essential part of any advertising media plan.

“While these announcements involve RMG, I believe this is the way the industry is moving and they are not exclusive to us,” McGuire says. “I think that with such developments, this will explode across the industry.”

This entry was posted on Thursday, April 28th, 2011 at 17:30 @771 and is filed under DailyDOOH Update. You can follow any responses to this entry through the RSS 2.0 feed. You can leave a response, or trackback from your own site.