Whilst in NYC for #DSinvestor, the PRN Upfront, and the #DPAAmediasummit we also got the chance to attend our second NEC Showcase of the year (the first being the UK event held at Battersea Power Station back in April).

In North America we believe that these events are also held in Atlanta and San Francisco. 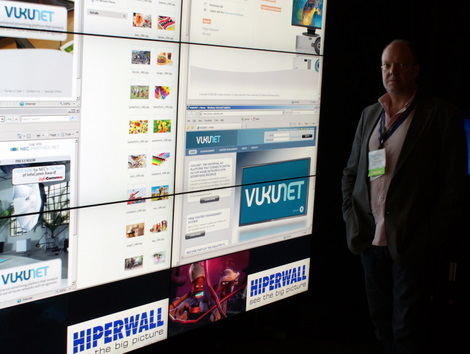 A couple of things at the event that we noticed which are worth a mention include;

This entry was posted on Thursday, October 20th, 2011 at 07:03 @335 and is filed under DailyDOOH Update. You can follow any responses to this entry through the RSS 2.0 feed. You can leave a response, or trackback from your own site.