Just as we started to write nice things about CBS Outdoor (they seem to be working magic at the moment with their TfL London Underground XTP offering) they go and do something mightily stupid with Bluetooth. 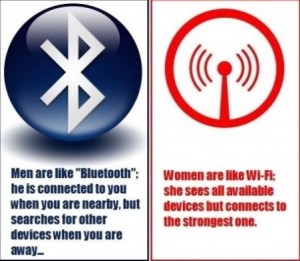 In what can surely only be a press release from circa 2008 which has got stuck in some kind of time warp we are told that CBS Outdoor UK has partnered with Blismobile to install integrated Bluetooth units on 100 London buses.

All the reasons we gave in our post ‘Why Bluetooth A Football Stadium?‘ are just as valid in December 2011 as they were in (wait for it) August 2008.

The press release states “Bus commuters will now be able to download messages and bespoke content directly onto their handsets, with the Bluetooth units working in tandem with the interior advertising campaigns to alert commuters to the presence of a Bluetooth application”.

Wow! Steve Jobs will be quaking in his grave (sorry Steve).

Get this, we quote “Passengers will be invited to turn on their Bluetooth and accept a message in order to start downloading bespoke content onto their mobile handsets. The message is free to accept and once accepted or denied – the passenger will receive no further contact”

Jason Cotterrell, Country Director at CBS Outdoor UK says “The combination of extended dwell time and the ability to interact with commuters will also make this the perfect platform for engaging with visitors during the 2012 Olympic period. In the future, we hope to see a wider roll-out, possibly nationwide, as advertisers see the benefits of this communication method”.

I’m sorry Jason but we have to ask, just what decade are CBS Outdoor living in?

Blismobile is managed by Gregor Isbister who was of course formerly Managing Director at now defunct Breeze Tech Ltd.

This entry was posted on Tuesday, December 13th, 2011 at 17:29 @770 and is filed under Scuttlebut. You can follow any responses to this entry through the RSS 2.0 feed. You can leave a response, or trackback from your own site.