If you have (or have had) little ones you will know just as we do, how time flies, one minute they are a babe in arms, the next a wannabee teenager. So it is with our very own little baby. DailyDOOH which turned seven today! 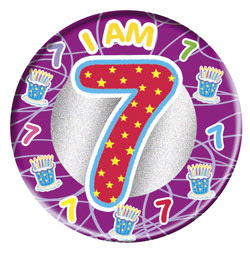 Two years ago we took the opportunity of our (then) fifth birthday to look back, see ‘The Best Of The Past Five Years‘ and last year we did something slightly different and looked forward to the next 12 months (with special attention on the brand that we have built up during that time).

This entry was posted on Saturday, July 26th, 2014 at 07:52 @369 and is filed under Scuttlebut. You can follow any responses to this entry through the RSS 2.0 feed. You can leave a response, or trackback from your own site.