We’re Already Planning For Next Year!

Well, our busiest week of the year is over, with The DailyDOOH Investor Conference being the highlight for us – and what a New York Digital Signage Week it was, with various events, meetings, conferences, cocktail parties, dinners – and even a Comedy Club outing! 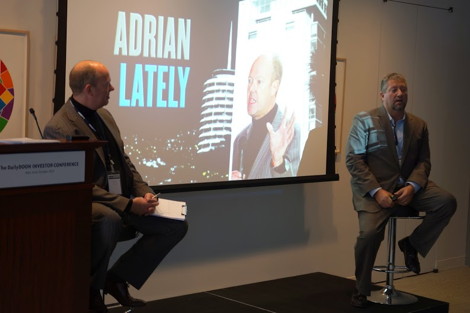 Of course, we all couldn’t attend everything, so our team split up to attend various activities, predominantly around Manhattan. I personally attended the RMG Networks Upfront, the entire DPAA Summit – Video Everywhere, the TPN Open House, our two-day Investor Conference, the Digital Signage Federation Networking Event and the joint Control Group-Titan event (picture, shown below), plus a couple of good dinners, so you can get an idea of how each of us crammed a lot of material into each day. 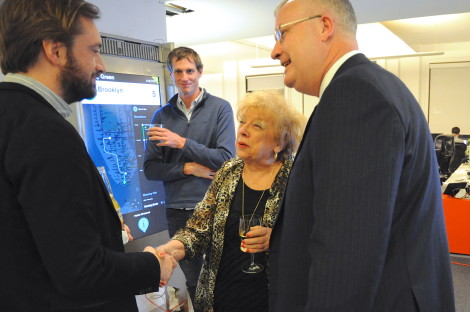 As for The DailyDOOH Investor Conference, it was most interesting to hear the comments of attendees. One person told me that, while she found the speakers on the whole more interesting on Day two, it was on Day one that she found the type of investor that may best be able to help her business expand.

One of the surprises was the insertion (unannounced earlier) into the agenda of Dentons’ lawyer Mark S. Friedman (shown above) who gave a detailed discussion of ways one might defend against the patent trolls that cause many industry members loss of time and money in potential and actual court cases. Good solid stuff! 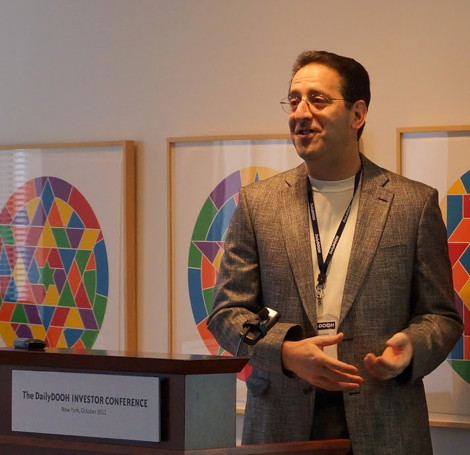 Who was the best speaker? That’s hard to say, since everyone had different interests and motives for attending. Many were fascinated by the work of Ocean Outdoor and the comments by its CEO, Tim Bleakley. The CEO of Real Digital Media, Ken Goldberg, gave a solid wake-up call to businesses who don’t adapt their business plans. Several representatives of investment companies gave their views of what they expect and where they think are the opportunities. Dave Haynes of the Preset Group gave a reminder to network operators of silly things they often do which detract from winning customer interest. Privacy was another topic listened to with great interest because of new government rulings and of course, recent faux pas by networks.

I could go on and on, but suffice to say that this conference offered a good take-away of one type or another for everybody that attended. You’ll be able to read more about some of them in upcoming articles.

The only real complaint I heard came from a couple of the women in attendance: “There aren’t enough women attending (or in senior positions in the business) and there were none officially on the agenda.”

We’ve already heard Stephen Nesbit, CMO at RMG Networks, and one of the two co-chairs – with Adrian Cotterill, DailyDOOH’s editor-in-chief – working on addressing that latter problem for next year’s agenda.

This entry was posted on Sunday, October 27th, 2013 at 17:22 @765 and is filed under DailyDOOH Update. You can follow any responses to this entry through the RSS 2.0 feed. You can leave a response, or trackback from your own site.

One Response to “We’re Already Planning For Next Year!”