Nobody Knows Why It’s Blue

We have 6 at the moment but you can bet by the end of the year with YOUR help we will have enough for a top 10 list of Blue Screen of Death type errors seen in the DOOH world. 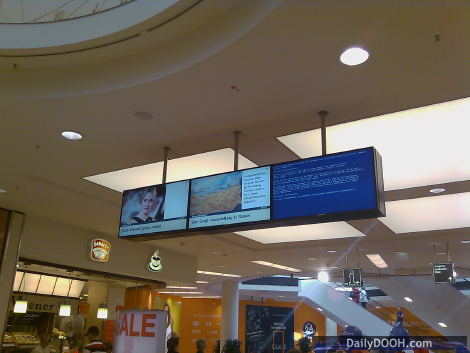 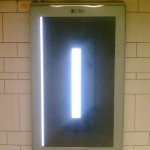 We received two new Blue Screen of Death pictures recently (the most recent taken over the previous weekend is shown above) – these errors by the way needn’t be Windoze oriented although in both these cases they are – shame, Ed. We are happy to except other OS errors and screen problems if you can find them.

So, on to the newly received pictures and we think deserving to go straight in at number 1 is this ECE Flatmedia installation in the Limbecker Platz shopping centre in Essen, Germany. It’s a Scala installation. 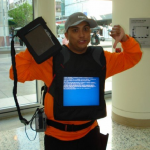 At number two is one of our favourites (it’s NOT a new picture or a repeat of the occurence). This is the CBS Oudoor / TELentice failures that were common a year ago, this one dates from July 2008 AND to be fair we haven’t seen any errors like this on the network now for some time.

Number three is new in and is from Manolo Almagro seen recently on his travels in Asia – an interactive version of Adwalker. WHOOPS.

No. 5 UK Based Estate Agency WIndow

At number 4 is the Liquid Digital / Retec Digital WHSmith WHScreen network in London travel hubs – note there were multiple screens showing BSOD within the store – everything we were told running off a single server that had failed. This was at Paddington overground railway station. 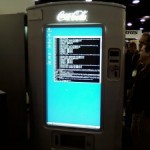 Number 5 is a very poor (Real) Estate Agency chain in the UK, a picture taken late last year in rural England. Mind you with the garish blue and orange colour scheme they chose to try and display houses for sale, perhaps a BSOD was the best thing that could have happened to the display.

At number 6 we have an accident prone Coca Cola vending machine. First seen at the DSE trade show (NOT the place to get a BSOD) – the hardware was by Samsung and software by Sapient. Samsung we guess figured they’d sell a bunch of 50″ LCD touchscreen with every vending machine.

This entry was posted on Monday, July 27th, 2009 at 02:24 @141 and is filed under DailyDOOH Update. You can follow any responses to this entry through the RSS 2.0 feed. You can leave a response, or trackback from your own site.

4 Responses to “Nobody Knows Why It’s Blue”