Burn Down The DiSCO, Hang The Blessed DJ

Is it not the natural way of things that events and conferences should get better over time, and when things are meant to be is there surely not some form of natural progression? 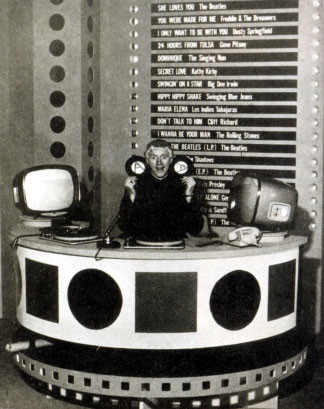 Think perhaps NSCA Digital Signage Pavilion / GlobalShop ‘The Digital Store’ / Digital Retail Expo to today’s @DSExpo as detailed in one of our recent posts (taken from the Software Holocron).

Which makes us think that if, over the years, a conference gets worse and not better is there actually any way of reviving it?

Ten days ago in Amsterdam the organisers of ISE laid out their plans for #ISE2013 and amongst the announcements was a (big) shake up of the way the show organises its accompanying conference programme.

It may be too little too late – witness the Dynamic Events conference, held as an integral part of the ISE pre-conference programme for the first time in 2012, having already announced that it will be a separate event in Dubai in early March in 2013.

ISE has brought on board Marieke Bouman to act as conference and event manager, and she will have responsibility for organising both the as yet unnamed digital signage conference, and the newly announced Smart Buildings conference which will take place on Monday 28th January 2013, the day before ISE kicks off.

That unnamed ‘digital signage conference’ was of course DiSCO – an event that the Europa Twins had responsibility for these past three years (2010, 2011 and 2012).

An Event In Decline

Two things are of note here (a) a conference that is coming up to its fifth year should be improving with age and getting higher and higher attendances and (b) as we have said many times before, there is something seriously wrong with the format and the agenda if a conference held the day before an event that itself attracts 40,000 people, can only attract 100 people or less!

Is There A Better Way?

We firmly believe that the events that we have been involved with (The Digital Signage Investor Conference held in New York City every October and the DSE 360 event held in Lost Wages during #dse2012 / #dse2013 for example have addressed many of those issues above which is why we were able to attract 100’s paying attendees in past years at both events.

Agenda By Committee Is Not The Way Forward

Marieke Bouman is an experienced conference and event manager but has no knowledge of the digital signage or digital out of home industry so no doubt ISE will be relying on a committee to put a forthcoming event together.

As I wrote back in December 2011 “Anyone who has put together a conference will know that as soon as you mention the words ‘speaking opportunity’ hundreds of hands go up in the air but we also know … that not many of those selected to speak are often much good” – however, few conference organisers (and even fewer ‘committees’) are brave enough to say no to speakers – especially those who come armed with ‘sponsorship’ to add weight to any ‘speaking opportunity’.

Some events are just NOT meant to be, some events are in the wrong place at the wrong time and some conferences are quite simply tied to the wrong exhibition so perhaps after five years it’s best that DiSCO has finally died BUT (and this should scare the industry a lot) what will come in its place?

This entry was posted on Friday, July 13th, 2012 at 12:14 @551 and is filed under DailyDOOH Update. You can follow any responses to this entry through the RSS 2.0 feed. You can leave a response, or trackback from your own site.

One Response to “Burn Down The DiSCO, Hang The Blessed DJ”